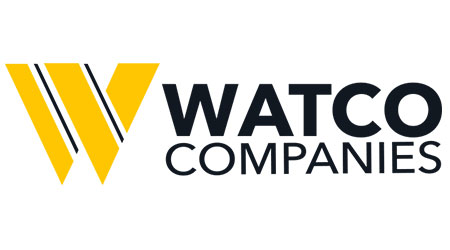 Watco Cos. LLC and Oaktree Capital Management LP have announced a strategic partnership and definitive agreement in which Oaktree has committed $450 million of non-controlling equity capital to Watco.

The proceeds will help Watco continue to expand via mergers and acquisitions. Both companies expect the aggregate equity capital commitment to increase over time as the short-line holding company continues to grow, according to a Watco press release.

In addition to capital, the partnership brings Oaktree's team of "transportation experts, a strong understanding of the sectors in which we operate, deep industry relationships and years of investment experience — all critical things that we were looking for in a long-term strategic partner," said Watco Chief Executive Officer Dan Smith.

Added Watco President and Chief Financial Officer Rick Baden: "With the strategic and financial support of Oaktree, added to the strength of our existing strategic partners, we are prepared now more than ever to continue making Watco a world-class, full-service transportation provider."

Oaktree's transportation infrastructure strategy is led by co-portfolio managers Emmet McCann and Josh Connor, who have a combined 45 years of industry experience. The firm's bench of operating partners and senior advisers includes former Kansas City Southern Chief Executive Officer Dave Starling, who — along with Connor — will be joining Watco's board of managers.

"Having spent more than 40 years in and around transportation and railroading, I view this as an incredibly interesting point in time for the rail and freight transportation industries," said Starling. "This strategic partnership between Watco and Oaktree comes at an opportune time and has the potential to further elevate Watco's services to become an even more prominent leader within the transportation industries."