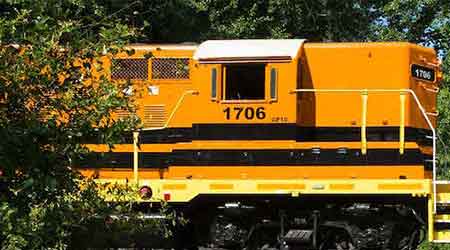 The Tennessee Department of Transportation (TDOT) has awarded a $2 million grant to fund the construction of a new rail spur for the East Tennessee Railway, a subsidiary of Genesee & Wyoming Inc. (G&W).

TDOT awarded the grant to the Washington County Economic Development Board for the project, which will expand access to existing industries that currently lack rail connections, according to a press release issued by State Rep. Matthew Hill, who helped secure the grant.

The grant was issued under the state's Competitive Rail Connectivity Program, which aims to expand rail access and economic opportunities to benefit Tennessee communities. The program enhances the marketability of available industry sites and reduces highway and bridge maintenance costs by diverting heavy freight from roads to rail, according to Hill.

"This is a sizable investment in Washington County that will have a tremendous impact on our local economy and lead to additional job creation," Hill said.

East Tennessee Railway is a 7-mile short line that interchanges with CSX and Norfolk Southern Railway in Johnson City.