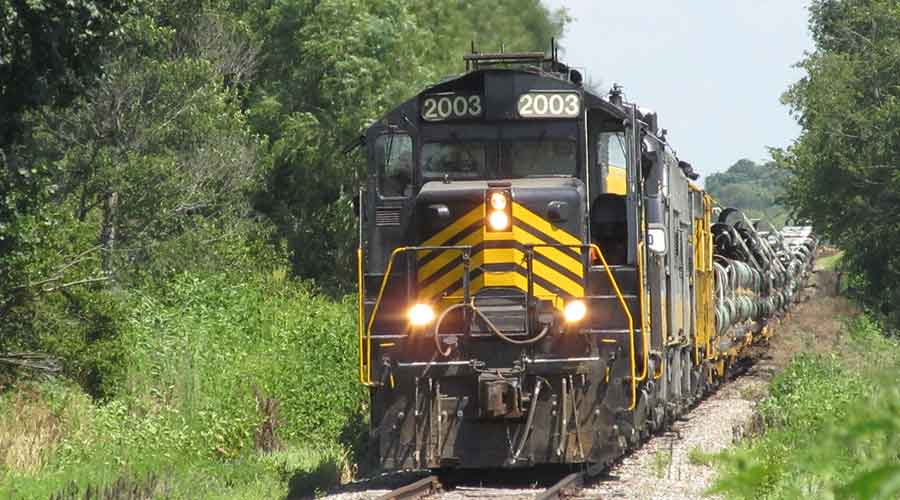 The Ohio Rail Development Commission (ORDC) announced its approval of a $687,623 grant to replace rail on a portion of the Napoleon Defiance and Western Railway (NDW) line east of Defiance, Ohio.

The line runs from Woodburn, Indiana, to Napoleon, Ohio, on about 45 miles of track with interchanges with Norfolk Southern Railway and CSX in Defiance. Years of deferred maintenance have resulted in frequent derailments. Efficiency has been reduced on the line by limiting the height and weight of loaded rail cars and shortening the length of train, ORDC officials said in a press release.

Parent company Pioneer Lines recently bought the railroad, which has led to increased investment in maintenance and repairs.

The current project aims to replace 3 miles of track and follow up with surfacing using 112-pound relay rail and tie plates and joint bars from a Pioneer-owned railroad in another state.

"There are a number of businesses poised to grow and expand, and now will be able to with a safe and reliable railroad partner," Pioneer Lines President and CEO Alex Yeros said in the release.