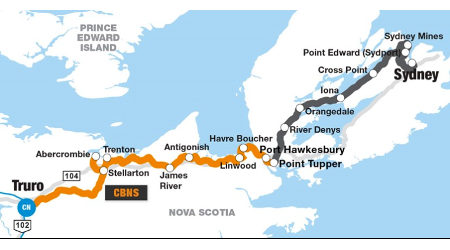 Under the agreement, the railway will not apply to abandon a portion of the line and the province will reimburse valid expenses up to CA$60,000 per month, according to a press release issued last week by Nova Scotia officials.

Although rail line repairs will not be reimbursed, expenses related to salaries, insurance, security and building maintenance will be covered, they said.

"This agreement preserves the existing rail line, which is a key component of the proposed container terminal in Sydney," said Minister of Business Geoff McLellan.

"We are pleased to work with the government of Nova Scotia to allow economic development initiatives like the proposed container terminal unfold," said Louis Gravel, president of Cape Breton and Central Nova Scotia Railway. "We would like nothing more than to one day see a thriving operating railway between Port Hawkesbury and Sydney."

The agreement does not affect the rail line between St. Peter's Junction and Truro.