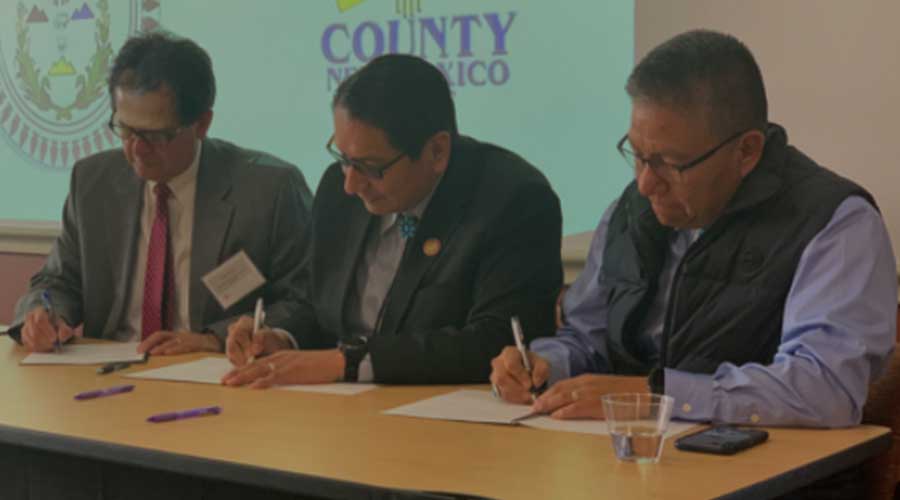 The memorandum of understanding (MOU) calls for cooperation between both governments to help establish the rail system to promote and strengthen the community and economic development projects in the region, Navajo Nation officials said in a press release.

"The Navajo Nation has great economic potential that can help build our nation and contribute to the region as well," said Jonathan Nez, president of the Navajo Nation. "Through partnerships, we can be an even bigger force."

The MOU was signed during a ceremony held Feb. 20 at San Juan College in Farmington, New Mexico.

Among other economic opportunities, Navajo Agricultural Products Industry has more than 70,000 acres of farmland near the Four Corners area, which may expand the enterprise's opportunities to sell more products using the proposed rail system, Nez said.

Although the agreement commits no funding, it sets the stage for the Navajo Nation and San Juan County to plan for the railroad that could expand as far as Interstate 40 through several Navajo communities, officials said.

The closure of several power plants in the region and nearby states prompted the Navajo Nation to pursue new job creation opportunities, noted Myron Lizer, the nation's vice president.