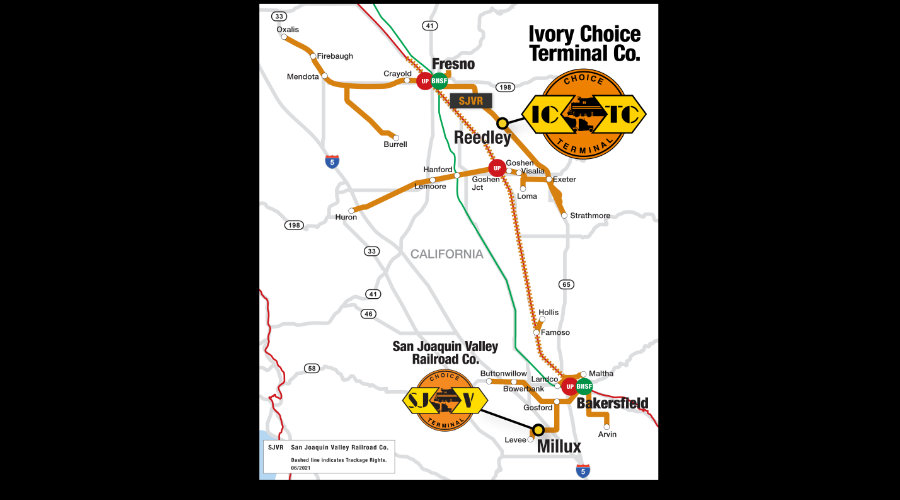 ICTC now is a subsidiary of Rail Link, G&W’s contract rail and related services division, and will be operated as a G&W Choice Terminal™ bulk transfer facility.

With 2.5 miles of rail infrastructure, the site has capacity for more than 200 rail cars, more than 500,000 square feet of covered storage and a hard car unloader. As a long-term customer of the SJVR, the operation has transloaded up to 6,400 carloads on an annual basis, G&W officials said in a press release.

The site offers connections to Union Pacific Railroad and BNSF Railway Co., as well as the SJVR.

“The Port of Ivory is an important and valued service provider to the industries of the Central Valley," said Steve Yoder, assistant vice president of Rail Link, who will oversee the ICTC operations.

ICTC is G&W’s sixth Choice Terminal to open in the past six years. Choice Terminals, located on G&W-owned railroads, offer a choice of Class I connections and transload services for bulk materials, including but not limited to agricultural, industrial and petroleum products.