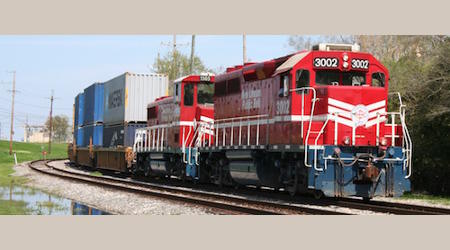 The city of New Orleans on Wednesday short-listed five companies to submit final bids in a competitive process to become the private operator of the city-owned New Orleans Public Belt Railroad Co. (NOPB).

Earlier this year, the city issued a request for qualifications from firms interested in managing NOPB's operations and maintenance. The terminal switching railroad has about 100 miles of track — including nine miles that cross the Huey P. Long Bridge —serves the Port of New Orleans, and interchanges with six Class Is.

The city is seeking a minimum upfront payment of $20 million and $1 million per year in a 40-year lease from the successful bidder. After reviewing the initial proposals, a five-member city committee chose the following firms to short list, according to the New Orleans Times-Picayune:

• MidRail LLC, which offered a $55 million upfront payment and $76 million in total lease payments, and is considered the top-ranked proposer;

• OmniTRAX Inc., which offered $30 million upfront and $78 million in lease payments; and

• Watco Cos. LLC, which offered $24 million upfront and $69 million in lease payments.

Committee members unanimously agreed that all five companies be invited to submit bids in a final competitive round. A request for proposals is expected to be released later this month, with the winning proposer to be chosen in June.