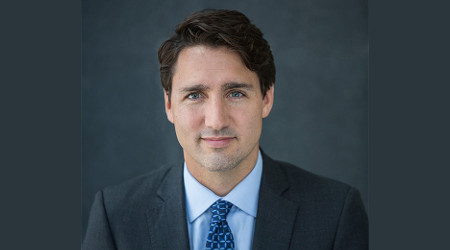 The government of Canada will fund 60 percent and Quebec the remaining 40 percent of the CA$133 million cost to build the nearly 8-mile bypass.

Additionally, the federal government reached an agreement with the Central Maine & Quebec Railway, which will own and operate the new rail infrastructure, according to a press release issued by Trudeau's office.

On July 6, 2013, a runaway train carrying crude oil from the United States derailed in Lac-Megantic and exploded, killing 47 people. The fire destroyed the city's center.

Many people in the community face ongoing effects of the trauma and loss, Trudeau said. The bypass will help support the community's recovery and reconstruction, he said.

Montreal, Maine and Atlantic Railway owned and operated the train that derailed. The company later filed for bankruptcy and its assets were acquired by Central Maine & Quebec.