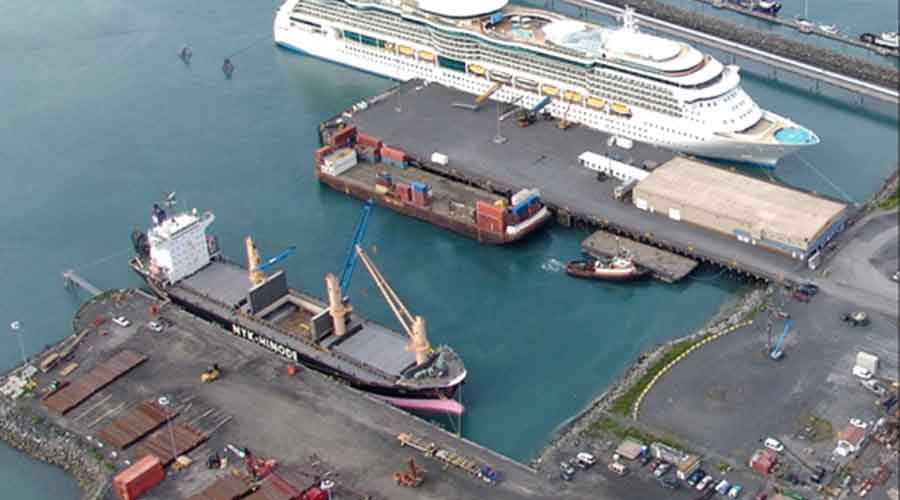 The Alaska Railroad Corp. (ARRC) has issued a request for qualifications (RFQ) from entities interested in pursuing a public-private partnership to replace the aging passenger dock and cruise terminal in Seward, Alaska.

The RFQ, which asks interested parties to describe their capabilities and concepts, stems from an extensive Seward Marine Terminal expansion planning project in 2016-17. The effort resulted in a master plan for developing the railroad's Seward Reserve, including docks, terminal facilities and uplands, ARRC officials said in a press release.

The private partner will provide design, construction and seasonal operation of the new facility, as well as potentially expand the current operations to include additional uplands development.

Railroad officials plan to identify a potential partner or partners by the end of this year and negotiate project details in 2020.

Built in 1966, the existing dock is a pile-supported pier dock with a concrete deck. It provides support and moorage space for freight vessels and non-cruise vessels during the visitor off-season, according to an ARRC project fact sheet.

The dock's pile foundation has corroded significantly, which has required weight restrictions to be implemented.