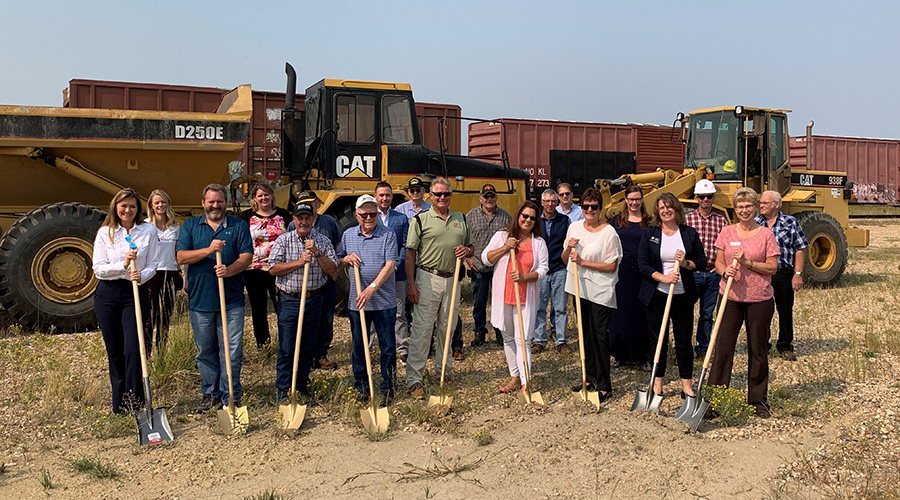 A groundbreaking ceremony was held in Belle Fourche, South Dakota, to mark the start of a project to create a more extensive transloading facility for the area.

Belle Fourche, a northern South Dakota city with a population of  5,000, currently has an 27-car-capacity rail yard. When completed, the new rail yard will be able to accommodate up to 90 cars. Two additional tracks with four turn-outs will also be added, state officials said in a press release.

The project will triple the rail capacity at the industrial park and create the largest storage facility on the Rapid City, Pierre & Eastern Railroad's (RCP&E) network.

The RCP&E operates through Belle Fourche and to points in Wyoming, Nebraska and Minnesota. The regional launched operations in 2014 when parent company Genesee & Wyoming (G&W) purchased trackage from the Dakota, Minnesota & Eastern Railroad.

“The ability to have more capacity and handle unit-train type volumes makes this an extremely strategic location for us," said G&W Assistant Vice President of Industrial Development Zach Boehme.