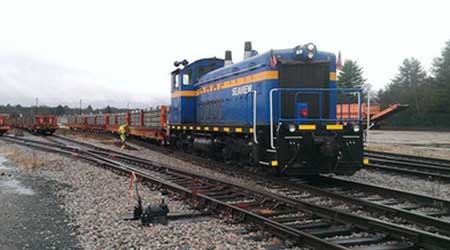 Based in North Kingstown, Rhode Island, QDC will use the grant to enhance freight movements within the Quonset Business Park and provide easier access to the Northeast Corridor.

QDC is a quasi-state agency responsible for the development and management of the park, which includes the Port of Davisville — the state's largest port and a major gateway to markets through southern New England and beyond. Currently, more than 200 companies employing nearly 12,000 workers are located in the park.

Rail-car volume in the business park has tripled since 2007, tenants are expanding and storage tracks are needed, according to a press release issued by Reed's office.

"This [grant] is a smart investment in improving Quonset's transportation infrastructure and growing capacity to keep up with demand now and in the future," said Reed.

Although land within the park is available to support continued growth, the transportation infrastructure — including the rail system — is at or approaching capacity.