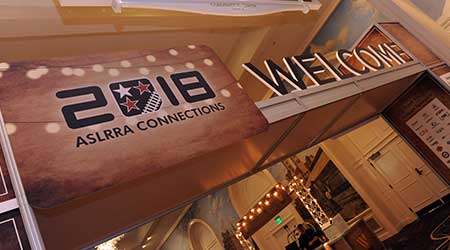 The American Short Line and Regional Railroad Association’s (ASLRRA) 2018 Connections Convention held April 7-10 in Nashville was a near record-breaking event, registration-wise. The association’s 105th annual conference attracted more than 1,800 registrants, a figure only surpassed by its centennial convention held in April 2013 in Atlanta. 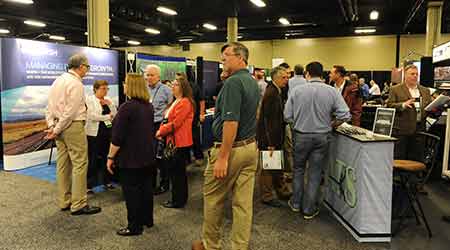 “Our convention continues to be the [preeminent] venue where the short line railroaders come together to get up to speed on relevant and timely topics, share best practices, learn from our supplier members and network with peers,” said ASLRRA President Linda Bauer Darr in a press release. “The event also included keynote speakers from outside the short-line industry, providing a broader perspective on the changing landscape of technology and transportation.” 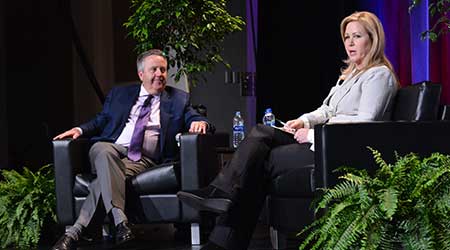 Kramer has demonstrated a consistent and passionate dedication to safety during his 15-year railroad career, and has “raised the safety culture bar” with contractors used by LIRC, which is owned by Anacostia Rail Holdings, ASLRRA officials said in a press release. He also has volunteered with Operation Lifesaver and worked with area first responders on a variety of programs.

"Throughout, [Jeremy] has worked injury-free supporting the development of a robust safety culture and strong safety performance among employees, communities, first responders and schools along the 106-mile rail line," ASLRRA officials said.

In his letter nominating Kramer for the award, LIRC President John Goldman wrote: “You often can tell a lot about a leader by how their direct reports conduct themselves. Jeremy has supported the development of a very motivated and professional team at LIRC, [which] consistently demonstrates a ‘can do’ attitude that reflects Jeremy’s attitude and willingness to think outside the box.”

In 2016, Kramer was named a Rising Star by Progressive Railroading. A Rising Star is someone under the age of 40 who has made or is making a positive impact on his or her company, organization, department or team, and is viewed by others as an industry up-and-comer.

Meanwhile, the ASLRRA honored Harris — whose railroad career began as a conductor and engineer — for his passion for safety. Harris is vice chair of ASLRRA’s Safety and Training Committee and an alternate member of the Federal Railroad Administration’s (FRA) Railroad Safety Advisory Committee.

At RGPC, he has implemented safety initiatives that lowered incident and accident measures under the FRA frequency rates for short lines, ASLRRA officials said.

“He works tirelessly to ensure that employees are abreast of all new rules and regulations,” they said.

In his letter nominating Harris for the award, RGPC President and Chief Operating Officer Robert Bach wrote: “Mitch is always available to answer a call from anyone — from the CEO to the newest trainman on the roster.  He never fails to perform the research and provide the information that is requested.”

Named after the late Thomas Schlosser — a former ASLRRA chairman and major contributor to the association — the award recognizes an individual who has demonstrated long-term, significant service to the ASLRRA. Schlosser served stints as president and chief executive officer of the Fort Worth & Western Railroad, president and COO of Park Sierra Rail Group, and CEO of Global Rail Systems prior to his death in October 2011. 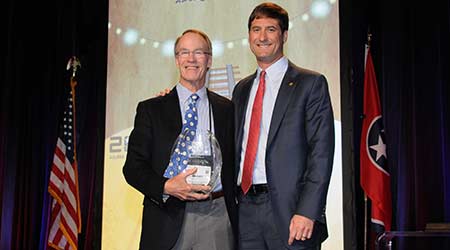 Fuller became chairman, president and CEO of G&W in 1977 after he purchased a controlling interest in the Genesee and Wyoming Railroad, which his great grandfather founded in 1899. He served as G&W’s top executive for 30 years, and chairman for 40 years. To learn more about Fuller’s impact at G&W and the short-line holding company’s growth over the years, read this article from Progressive Railroading’s September 2017 issue.

Fuller has made a lasting impression on short-line railroading with his business acumen, mentorship and ability to drive innovation, ASLRRA officials said.

In the late 1980s, he was a founding member of the Regional Railroads of America (RRA), a group of a dozen short liners who sought to change a variety of New Deal-era laws that treated railroads differently than other industries. RRA gradually grew in size and prominence as a short-line lobbying organization.

In 1997, Fuller took the lead in arranging a 1997 merger between the RRA and American Short Line Railroad Association, which led to the formation of the ASLRRA. He also was a leading advocate and organizer for the first Railroad Day on Capitol Hill in 1994, which has become a successful lobbying event for the rail industry, ASLRRA officials said.

“One of Fuller’s great strengths was his ability to build strong and lasting relationships with elected officials,” they added.

Veterans recruitment award
Also on April 10, the ASLRRA presented the Richard F. Timmons Veteran’s Recruitment Award to LIRC. The award recognizes association members that have demonstrated a commitment to hiring veterans, in part by the percentage of their employees who have served in the military. It is named after Richard Timmons, a former U.S. Army lieutenant general who served as ASLRRA's president from 2002 to 2014.

LIRC has a 30 percent ratio of veterans in its workforce and 29.6 percent of new hires last year were veterans. The short line also honors its veterans in several ways, such as by distributing veteran lapel pins, highlighting vets in the railroad’s newsletters and adding a special recognition logo to two of its locomotives, ASLRRA officials said. In 2017, the railroad made a monetary donation to Paralyzed Veterans of America for materials for a new deck and sent a group of employee volunteers to help build it.

LIRC — which operates 106 route miles of track between Indianapolis and Louisville — now has won the Timmons award for two straight years.

“The railroad industry knows that veterans have unique talents that make them ideal candidates for railroad jobs. We are committed to exploring how our industry can best be of service to the veterans community by offering a place in the economy with meaningful income that can utilize the skill set that they have attained during their time in service,” said David Hankins, who chairs ASLRRA’s Veteran’s Recruitment Committee, during the award presentation.

The award honors regionals and short lines that demonstrate outstanding business performance by providing innovative service to meet a customer’s needs. To win the award, a railroad must utilize its unique operating characteristics to deliver value; successfully partner with development authorities, Class Is or other companies; or generate economic success for both the railroad and the community it serves, according to the ASLRRA.


The association honored LRIC for its work with the Indiana National Guard to transport more military equipment on flat cars from a newly expanded installation at Camp Atterbury. The central Indiana site serves a large-scale U.S. Army training facility that in recent years has been repurposed as a primary proving ground.

The Indiana National Guard initially approached LIRC about partnering on a new nine-track rail loading facility. Design, construction and rail operations planning took more than five years to complete, and during a time of peak demand for flat cars. In summer 2017, more than 300 flat cars were successfully loaded at Camp Atterbury and assembled into three unit trains over the course of a week for a brigade-scale movement to Fort Polk, Louisiana. Now, LIRC can move six unit trains of Army equipment in two weeks, ASLRRA officials said.


For RBMN, the award is the culmination of efforts to build a siding for an anthracite coal shipper. Completed in 2017, the seven-year project required assistance from Norfolk Southern Railway, contributions from the customer and RBMN, a state grant, and a multi-year approval process involving the Pennsylvania Department of Environmental Protection and Army Corps of Engineers.

The railroad now is in the process of reclaiming the movement of 150,000 tons of coal, which will divert 6,000 trucks from local highways, ASLRRA officials said. The customer is adding additional capacity and is poised to become a major supplier to steel mills in the region, leading to job growth at both the customer and RBMN, they added.

“The marketing awards demonstrate the essence of the short-line story — leveraging the uniqueness of the operation and its partners to deliver value to each customer, resulting in return on investment for companies and driving growth in the communities in which we operate,” said Doc Claussen, ASLRRA’s vice chair, who introduced the award winners.

For the sake of the Jakes
As for the Jake Awards — which recognize small roads’ safety achievements — the association again has decided to present them at its fall regional meetings instead of at the national convention, a change that was introduced last year to better recognize winners at a local level.

To be honored with a Jake Award, an ASLRRA member railroad must perform better than the Class II and III industry average injury frequency rate as reported by the FRA during the prior year. The ASLRRA also bestows Jake Awards With Distinction to railroads that have an FRA-reported injury-free performance during a given year.

LRW Hall of Fame
Meanwhile, an ASLRRA executive was part of an award presentation of a different sort at the convention on April 10. ALSRRA Vice President of Member Engagement and Sales Kathy Keeney became the first inductee into the League of Railway Women’s (LRW) new Hall of Fame, and was acknowledged at the event. The LRW recently changed its name from the long-standing League of Railway Industry Women. 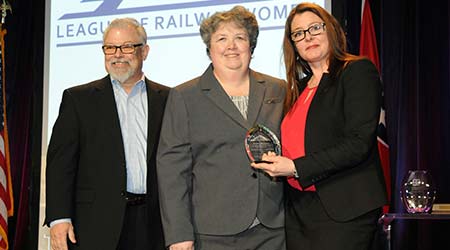 A seasoned transportation executive with expertise in publishing, sales, marketing and finance, Keeney joined the ASLRRA in 2015. Prior to that, she was rail publisher for the JOC Group Inc., UBM Global Trade and Commonwealth Business Media, and served as an executive and writer for other rail industry trade publications. She has been involved with LRW since joining in 1998, a year after the organization was founded. Keeney has held a number of board positions, including scholarship director, vice president and president.

“Kathy's tenure with [the LRW] has been instrumental to the success of our organization and to the careers of many. We are pleased to acknowledge and thank Kathy for her leadership, vision and inspiration that has created a legacy for women in the railroad industry," said LRW President Tanis Peterson in a press release.