The Panama Canal's massive, multi-year expansion project is expected to be completed "around the month of May," Panama's President Juan Carlos Varela said in a speech over the weekend. 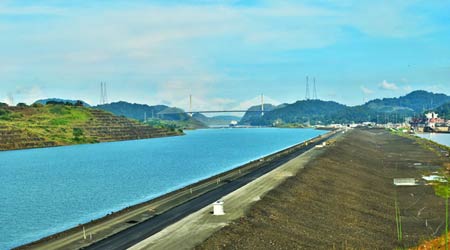 In a national address, Varela also made an appeal for the consortium leading the project to "leave legal disputes in the hands of the competent authorities" so that the project can be completed, according to news reports. The legal disputes have helped delay the project's completion.

The consortium, Grupo Unidos por el Canal de Panama, began the project in 2007. Since then, the project has fallen well behind schedule. An October 2014 deadline was postponed to April 2016; Varela's speech indicates that deadline has been pushed back to mid-May, according to news reports.

In December, the Panama Canal Authority announced that the expansion is 96 percent completed. Locks reinforcements are scheduled to be completed in mid-January, and in April, transit trial tests with a chartered vessel in the Atlantic locks will occur.

A date for the expanded canal's inauguration is expected to be in second-quarter 2016, according to the authority.