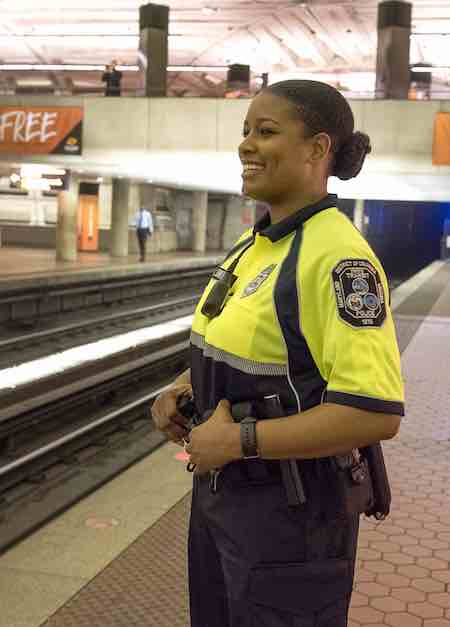 WMATA's officers are expected to begin wearing the new uniforms this summer.

"Customers told me they wanted to see more uniformed officers on buses and in the rail system," said WMATA General Manager and Chief Executive Officer Paul Wiedefeld. "The fact is, in some cases, riders sometimes couldn't see MTPD officers even though they were there. These new uniforms will go a long way toward making our officers stand out and give customers some more peace of mind when riding Metro."

Ordering the uniforms is one step the agency has taken in response to customer concerns, WMATA officials said. Other security measures include increasing police patrols onboard trains and buses and reassigning limited-duty officers to key stations based on crime trends.

The added security measures are outlined in Wiedefeld's Customer Accountability Report (CARe), which allows the public to track progress of the agency's plans for improvement.