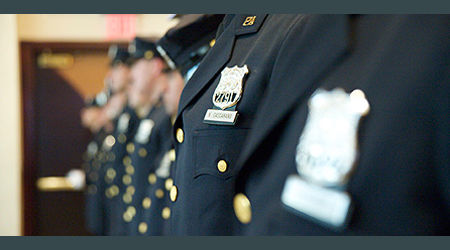 New York Gov. Andrew Cuomo has directed New York City-area transit agencies and passenger railroads to step up security after a man killed eight people and injured nine others in what authorities have said was an act of terrorism in Lower Manhattan on Tuesday.

The Metropolitan Transportation Authority (MTA) has increased security patrols and surveillance across all its agencies, according to a press release issued by Cuomo's office.

MTA's Police Department has increased the presence of uniformed and plainclothes officers in Penn Station and Grand Central Terminal, as well as at other major stations throughout the MTA Metro-North Railroad and Long Island Rail Road network.

Police canine teams and units with heavy weapons also have been deployed to provide additional protection.

In addition, the Port Authority of New York and New Jersey (PANYNJ) police have been put on heightened alert at all agency rail, bridges, tunnels and other facilities. Other actions include increased patrols and checks of bags, buses, trucks and trains at certain locations.

"Out of an abundance of caution, we are stepping up security measures at high-profile locations and large public gatherings while the investigation continues," said Cuomo.