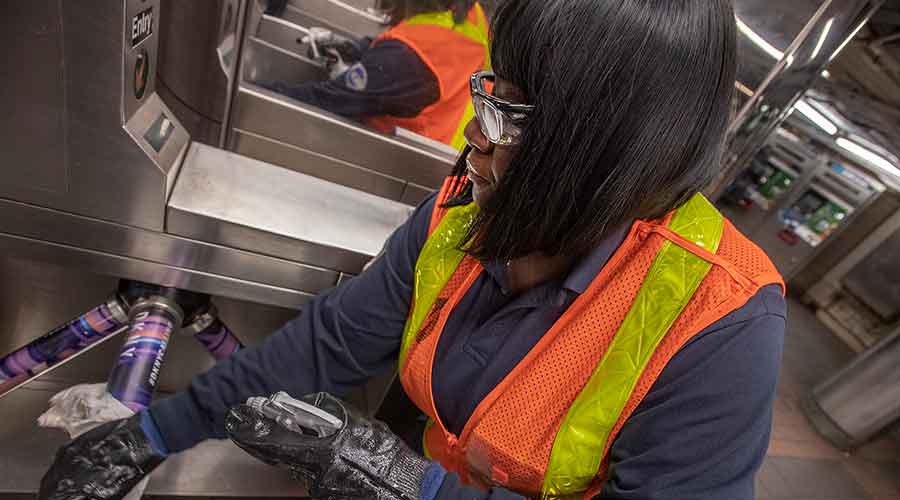 The Metropolitan Transportation Authority (MTA) in New York City on Monday announced an update to its sanitizing protocols as it continues to take precautions in response to the novel coronavirus (COVID-19).

The frequency and intensity of sanitizing procedures are being increased at each station and on the full fleet of rolling stock at MTA New York City Transit, Long Island Rail Road and Metro-North Railroad, as well as the bus and access-a-ride systems, MTA officials said in a press release.

MTA trains, cars and buses are being cleaned daily with the agency's full fleet undergoing sanitation every 72 hours. Frequently used services in stations — such as turnstiles, MetroCard and ticket vending machines and handrails — are being disinfected daily, they said.

The MTA is using disinfectants approved by the U.S. Environmental Protection Agency and endorsed by the Centers for Disease Control and Prevention (CDC), agency officials said.

"The MTA is enhancing its cleaning regimen across all our operating agencies to ensure the system is safe for everyone," said MTA Chief Safety Officer Patrick Warren. "The best defense against COVID-19, according to the [CDC], continues to be good hygiene — frequent hand-washing and self-care."

Other U.S. transit agencies also have been taking precautions in response to the coronavirus. For example, Sacramento Regional Transit District officials said the California agency is sanitizing its light-rail vehicles and buses every night. During flu season, trains and buses are regularly fogged with chlorine dioxide to sanitize every couple of weeks. Now, it is increasing the practice to every five days.