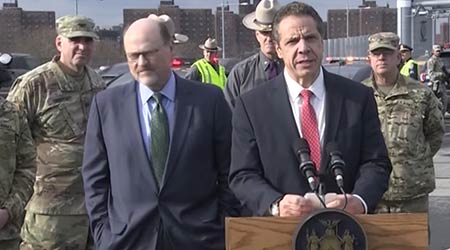 The special operations teams will include additional bomb-sniffing dogs, enhanced surveillance and rapid-radiation response vehicles, according to a statement issued by Cuomo's office.

The tighter security measures are being deployed in light of recent terrorist attacks and as a measure of caution, according to Cuomo's office.