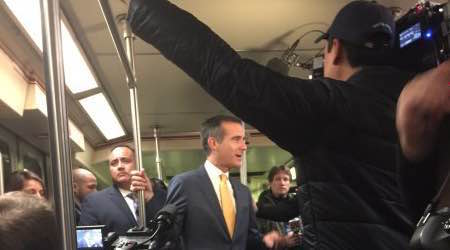 The FBI has determined that the bomb threat against a Los Angeles-area subway station earlier this week wasn't credible, local news media reported.

On Monday, the Los Angeles County Metropolitan Transportation Authority (Metro) said it received an anonymous tip about a plan to attack the Red Line's Universal Station in Studio City, Calif. The agency boosted security across its system and began working with local law enforcement and the FBI to evaluate the threat.

The FBI didn't find evidence to corroborate the threat, according to the Los Angeles Times.

Still, Metro encouraged riders to continue reporting any suspicious behavior they may see on the system.