NTSB: No criminal activity involved in UP train derailment 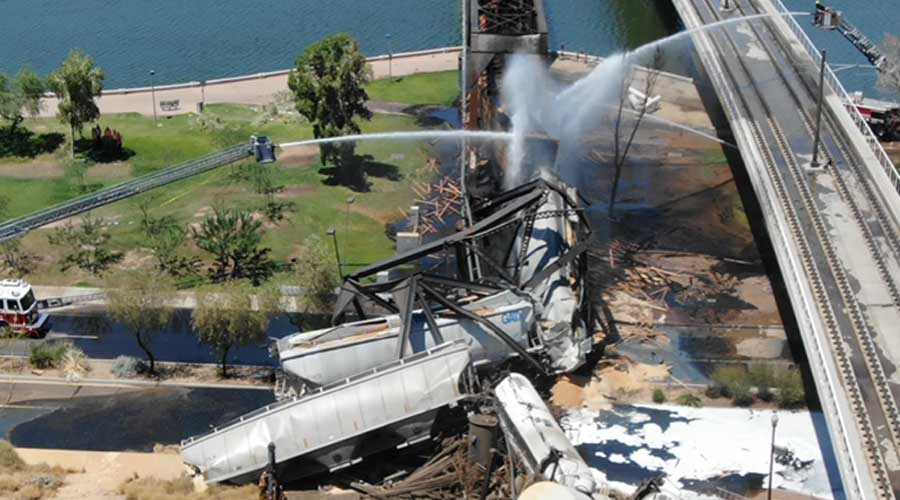 The FBI found no criminal activity was involved in a July train derailment in Tempe, Arizona, that resulted in the release of hazardous material and a subsequent fire, the National Transportation Safety Board (NTSB) announced yesterday in a preliminary report.

The train consisted of three locomotives and 97 mixed-freight cars and was operating on a single main track when the derailment occurred.

Of the 12 derailed cars, three tank cars were loaded with hazardous material cyclohexanone, a combustible liquid. Two of those cars fell from the trestle and one released 2,201 gallons of cyclohexanone. A third tank car partially derailed but was not breached, the report stated.

The trestle and railroad equipment fell onto the Rio Salado Parkway and resulted in its closure to suppress the fire and mitigate the hazardous materials spill, according to NTSB officials.

The FBI conducted an initial investigation to uncover evidence of criminal activity, but found none. All aspects of the accident remain under investigation as the NTSB determines the probable cause.

UP estimated the damage to be valued at $8 million to $10 million.