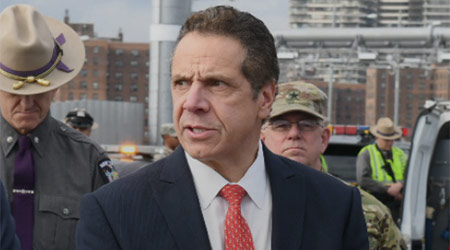 The panel conducted a preliminary evaluation of the state's counterterrorism assets, policies and security. The report recommends enhancements such as increased coordination among the state's counterterrorism agencies and authorities; strengthened security at airports, bridges, tunnels and mass gathering sites; and additional restrictions to further limit terrorists' access to certain lethal weapons.

"As we've seen time and again, terrorism is an ever-present threat, and we will do everything in our power to help ensure that New Yorkers are safe from whatever extremists try to send our way," Cuomo said in a press release. "In order to continue to combat this changing and complex threat to New York, we will take concrete steps to implement the recommendations from our bipartisan national experts."

The panel suggested establishing state-of-the-art command centers at Penn Station and other major transportation hubs so that law enforcement agencies can communicate in a centralized location and access real-time information before, during and after a crisis.

It's also critical that state agencies have access to and use new technology to protect public transit hubs and other locations, the panel recommended. To that end, the panel suggested the state should review the use and effectiveness of new and existing security technologies — including advanced cameras, explosives and hazardous materials detectors, drones and bomb disposal robots — and upgrade or procure additional technology.