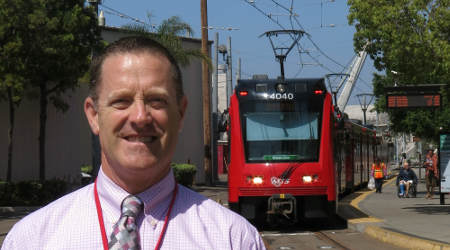 Curran will supervise about 200 transit officers, MTS officials said in a press release.

He'll be second in command behind MTS Chief of Police Manuel Guaderrama.

Before joining the agency, Curran served in the San Diego County Sheriff's Department for 27 years. In his most recent post, he was one of three assistant sheriffs to Sheriff Bill Gore.

In that role, he managed the human resources bureau, which supports more than 4,200 sworn officers and professional staff. Curran also managed the court services bureau, where he oversaw almost 400 staff members in the day-to-day security of seven courthouses.

"Tim has the background and experience to help MTS continue the excellent track record of keeping our customers safe," said Paul Jablonski, MTS chief executive officer. "He will bring a well-rounded approach and seasoned experience to the enforcement arm of MTS transit operations."