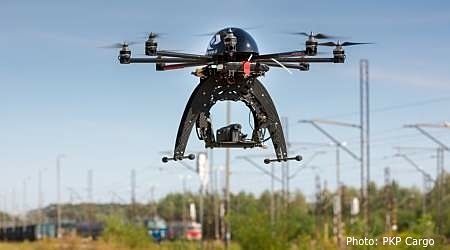 Rail execs are beginning to explore the capabilities of unmanned aerial vehicles (UAVs) for a variety of potential applications — including security. More commonly known as drones, these camera-equipped devices can help crews keep closer tabs on tracks and trains from afar.

Because UAVs can move quickly from one place to the next, they offer an advantage over fixed camera systems that criminals can evade.

"An unmanned aerial vehicle could be anywhere anytime, day or night," said Richard Gent, a retired Naval intelligence officer who now serves as chief executive officer of rail security consulting firm Hot Rail LLC. "You've increased the workload for a bad guy or criminal because they don't know where this thing is."

Officials at PKP Cargo, a freight-rail operator in Poland, are lauding the security-related benefits of drones, too. The company began piloting the technology in early 2014. During the first half of this year, PKP reported that the number of thefts along its rails decreased 44 percent on an annual basis, according to spokeswoman Ewa Kowalczyk. 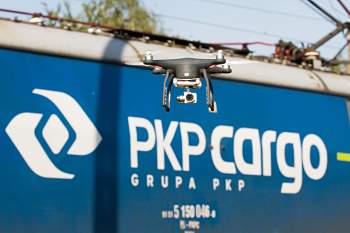 Additionally, the total value of stolen goods decreased by 59 percent during the same period.

"The use of drones certainly had an influence on such a good result, and it should be noted that this was only the test period for these devices," Kowalczyk said via email.

In early September, PKP Cargo announced that it had begun utilizing UAVs on a permanent basis.

The company’s two kinds of drones can be programmed for autonomous takeoffs and landings, enabling them to perform pre-scheduled flights over freight trains, company officials said in a news release.

Railroads in the United States also are exploring the use of UAVs — although at the moment, their use has been limited mostly to track inspection. In March, the Federal Aviation Administration (FAA) granted BNSF Railway Co. permission to use drones, provided the railroad complied with several restrictions. According to the FAA’s letter of exemption issued at the time, the railroad can only operate UAVs over its own railroad infrastructure and needs to keep drone speed below 50 knots, among other limitations.

"The use of unmanned aerial vehicles is intended to allow BNSF to maximize safety in railroad operations,” said spokeswoman Roxanne Butler via email.

The Class I hopes the technology will supplement existing inspection protocols with added aerial surveillance, she said, noting that drones would not eliminate the need for in-person visual inspections, which are mandated by the Federal Railroad Administration.

In May, the FAA announced that BNSF was one of three companies selected to participate in a program known as Pathfinder, which the agency launched to explore the commercial use of UAVs. CNN and unmanned aerial systems manufacturer PrecisionHawk also were chosen to take part in the venture.

"We are still in the early stages of this program," Butler said, adding that BNSF's Pathfinder initiative wouldn’t launch until late 2015.

Meanwhile, the use of drones is gaining traction in the transit-rail realm. Last summer, the Santa Clara Valley Transportation Authority (VTA), for example, began employing drones to assist contractors working on one of the agency’s extension projects.

In particular, VTA is using UAVs to snap high-resolution photographs and provide real-time data to the team working on the Bay Area Rapid Transit Silicon Valley Berryessa Extension project, according to the agency's "Headways" blog. 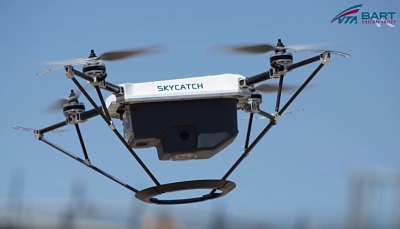 "The progress photos give the contractor a comprehensive view of the project that allows them to avoid potential issues," VTA officials said at the time.

Other railroads also are looking into using UAVs, but they face a slew of challenges in doing so, Hot Rail’s Gent said.

For one, the FAA and state legislatures are still hashing out laws regulating use of the technology. Additionally, railroads would need to bring on more staffers to coordinate the use of UAVs.

"This is an area where we are breaking new grounds, legally speaking," Gent said. "There’s a whole bunch of hoops you have to jump through before you even begin to utilize an unmanned aerial vehicle. That’s changing, but it’s really slow."

Still, Gent maintains that railroads provide an ideal way for the U.S. to figure out how to integrate UAVs into the national airspace. Why? Rail networks represent fixed locations on a map, which means drones will always be operating along the same line of airspace.

Whether BNSF or other railroads will begin using drones for security purposes remains to be seen. For now, they’re at least beginning to look into the ways drones could streamline operations, Gent said.

"Railroads are kind of crawling in the crawl-walk-run utilization of unmanned aerial systems," Gent said.