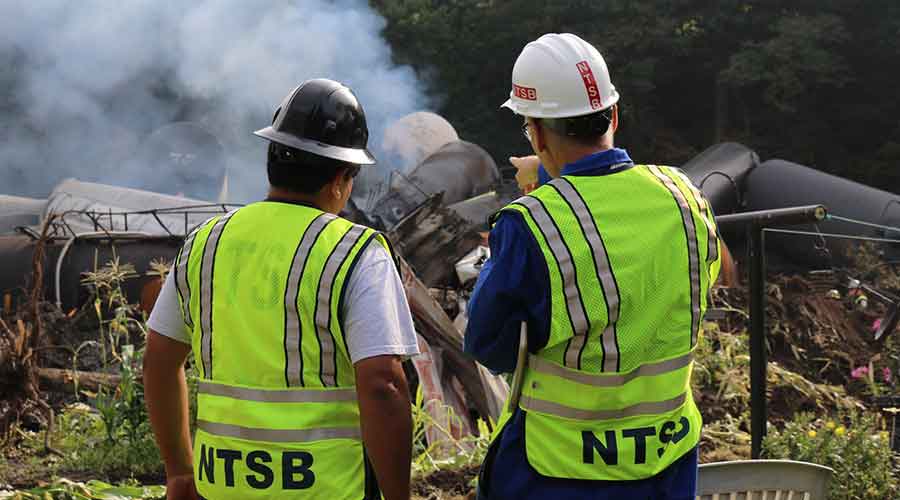 The train consisted of five locomotives and 178 rail cars — 128 loaded and 50 empty — when it derailed on Aug. 2, 2017. Three derailed tank cars containing hazardous materials were breached, resulting in a fire. No one was injured, but three homes were damaged and a 1-mile radius evacuation was ordered. CSX estimated the cost of damages at $1.8 million.

Based on its investigation, the NTSB issued a total of six safety recommendations: one to the Federal Railroad Administration; three to CSX; one to the Association of American Railroads; and one to the Security and Response Training Center. The recommendations seek:
• guidance for railroads to use in developing required risk reduction programs;
• revision of rules for building train consists;
• prohibiting use of hand brakes on empty rail cars for controlling train movement in grade territory; and
• incorporation of the lessons learned from the derailment about fire-exposed jacketed pressure tank cars in first responder training programs.

The NTSB accident report is may be read here.