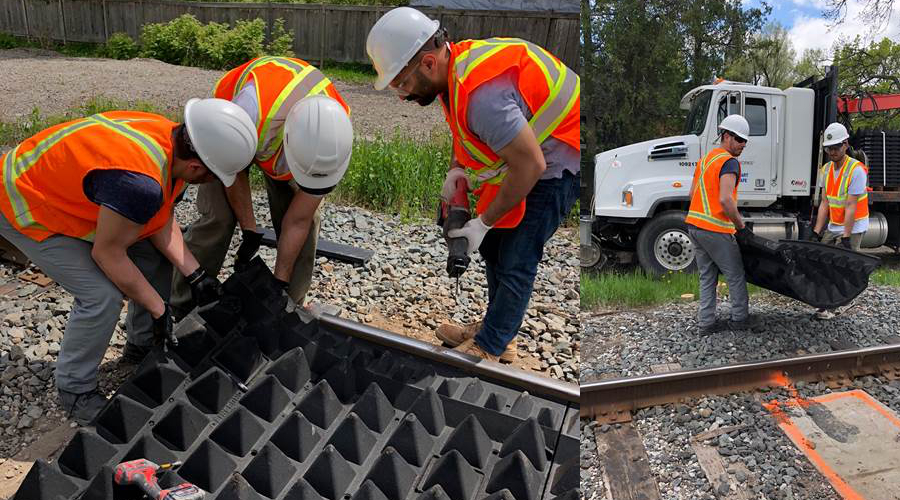 Metrolinx has begun testing the use of specialized rubber panels on track sections as part of a larger effort to deter people from trespassing on rail tracks, the Toronto transit agency announced late last week on the agency’s Metrolinx News blog.

The anti-trespass panels (ATPs) are made of hard rubber in a cone shape pattern making it difficult to walk over. By implementing ATPs, the aim is to reduce the number of times people come into contact with trains within Metrolinx corridors; minimize delays; and increase public safety, agency officials said.

Metrolinx is working with PNR RailWorks to determine which high-risk locations to install the panels.