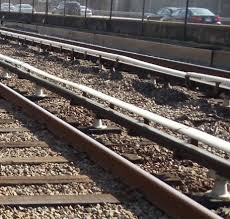 As part of the measure, the FTA requests that SSOAs provide a brief description of the third-rail contact system and related components at transit agencies under their jurisdiction, along with a summary of major changes or upgrades made to the system in the last decade.

Additionally, SSOAs need to disclose the total number of times that a fire department responded to smoke conditions related to the third-rail system. These agencies must complete the FTA's request within 90 days.

For example, earlier this month the Washington Metropolitan Area Transit Authority experienced an arcing insulator explosion and debris fire at its Federal Center Station, along with another smoke incident at its Friendship Heights Station in late April. And in March, Bay Area Rapid Transit needed to shut down a section of track due to the damage it was causing to propulsion equipment on rail cars.

The safety performance of these kinds of systems can deteriorate with age, inattention, and exposure to environmental conditions such as water or moisture with contaminating materials, FTA officials said.