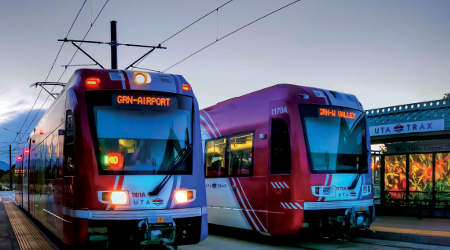 Utah is the third state to achieve the certification; Ohio was the first in August, followed by Minnesota in October.

In total, 30 states with transit-rail systems are required to obtain federal certification for their SSO programs by April 2019. If a state fails to meet the deadline, the FTA is prohibited by law from awarding new federal transit funds until certification is achieved, FTA officials said in a press release.

To obtain certification, states must establish an SSO agency that's financially and legally independent from the transit agency it oversees.

In addition, states need to ensure that their SSO agencies adopt and enforce relevant federal and state safety laws.

The SSO agencies also must have investigatory authority, along with appropriate financial and human resources for the number, size and complexity of the passenger-rail systems in their states.

"With the certification of its SSO program, Utah is among the national leaders in strengthening safety for rail transit passengers and workers," said FTA Acting Administrator K. Jane Williams. "FTA is doing all we can to help each of the remaining states meet the deadline because we want all states to continue to receive the federal transit funding that is so critical to the safe movement of millions of people every day."