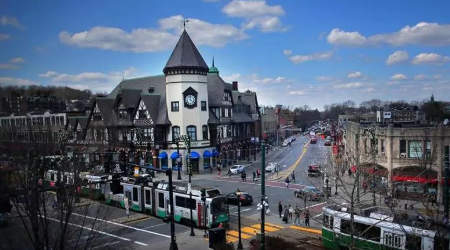 In terms of fatalities, the analysis also found that commuter- or intercity-rail travel is 18 times safer for passengers than auto travel.

"One of the most powerful traffic safety tools a city can employ to eliminate deaths and injuries due to road traffic crashes is its public transportation system," said APTA President and CEO Paul Skoutelas in a press release. "It takes just a modest increase in public transit use to result in a dramatic decrease in traffic fatalities."

There were 37,461 deaths due to automobile crashes in 2016, marking a 5.6 percent increase over the prior year, according to the National Highway Traffic Safety Administration.