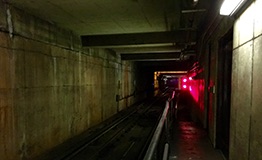 Both new and veteran train and maintenance machine operators failed to stop at signals properly, FTA officials said in a press release, adding that those events occurred on all types of track and at locations across the Metrorail system. 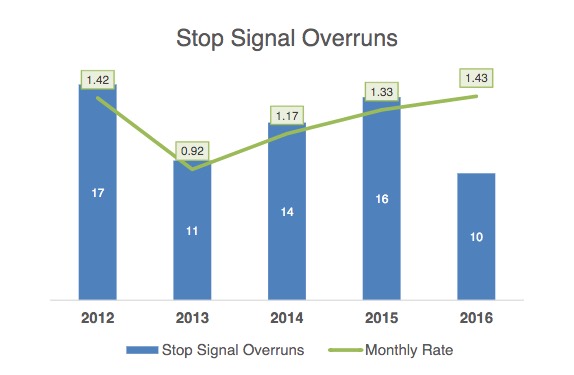 A stop signal overrun occurs when a train fails to stop as required in advance of a stop signal, flag or other indicator, as specified in a transit agency's operating rules and procedures. The FTA considers stop signal overruns "significant safety events" that could lead to derailments or collisions of passenger trains.

The FTA's order directs WMATA to implement 11 required actions and expedite the completion of prior corrective actions.

In particular, WMATA must improve the visibility of signal markers, increase rule checks such as random testing for conformance with stop signals, review its fatigue risk management system and provide the FTA with a quarterly report documenting radio quality.

"The FTA acknowledges WMATA's commitment to reducing the frequency of stop signal overrun incidents, but it must do better to prevent such incidents and improve its investigation process in order to develop more effective risk-mitigation measures," said FTA Acting Administrator Carolyn Flowers.

As with previous safety directives, the FTA again noted that it can enforce its orders by withholding federal financial assistance from WMATA or shutting down all or part of the agency's rail system.