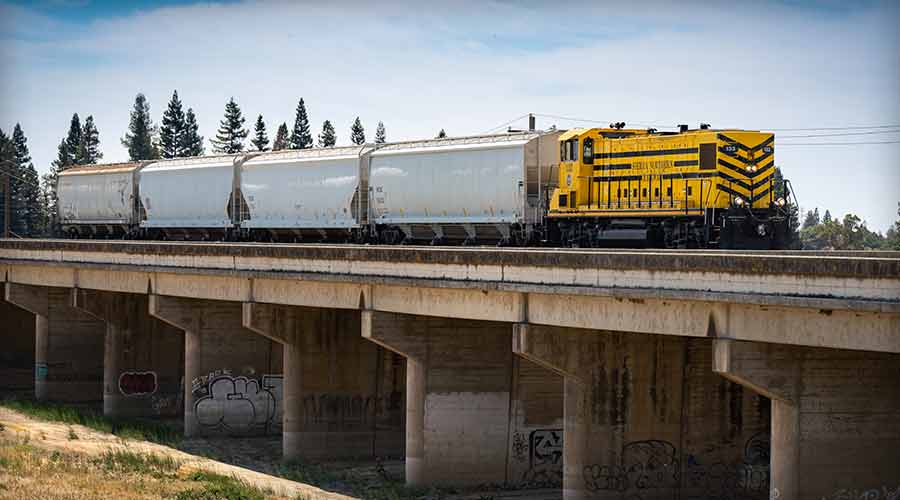 Part of the Class I’s $3.2 billion capital spending budget for 2011, the project calls for installing new rail and more than 82,000 ties, and spreading 42,000 tons of ballast along a corridor that runs through California’s central coast.

Meanwhile, Paducah & Louisville Railway Co. plans to replace a bridge near Muldraugh, Ky., that dates back to the 1880s, according to the American Short Line and Regional Railroad Association’s (ASLRRA) latest “Views & News” newsletter. To be built by Haydon Bridge Co., the $9 million replacement structure will be 83 feet tall and span 570 feet.

Winchester & Western Railroad Co. is pursuing a maintenance-of-way project, too. The short line plans to build a 1.3-mile spur to an Essroc Cement facility near Martinsburg, W.Va., according to the ASLRRA. The $4 million to 6 million project is expected to take about four months to complete.

A six-year, $13.1 billion transportation budget recently passed by Virginia’s general assembly also would provide the Winchester & Western about $2.4 million to complete two tie replacement projects in Staunton. In addition, the budget proposal would allocate more than $7.7 million to the Buckingham Branch Railroad Co. to replace rail and ties on the Orange Branch; $29 million to Norfolk Southern Railway to upgrade track between Norfolk and Richmond on the Crescent Corridor; and more than $34 million to CSX Corp. for the Virginia Avenue Tunnel/Kilby Support Yard project on the National Gateway.