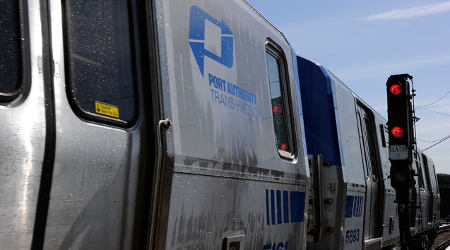 The kiosks enable passengers to rent and return small battery packs to power up their smartphones and tablets. The initiative is part of PANYNJ's efforts to improve customer service, agency officials said in a press release.

"This is an inexpensive and convenient way to help our customers keep their devices charged, whether they are using PATH facilities or other modes of transportation," said PATH Director and General Manager Mike Marino.

PATH is the second PANYNJ agency to install the kiosks as part of a service agreement with vendor MobileQubes.

Devices rented from PATH kiosks can be returned to any MobileQubes kiosk, including those at the Port Authority Bus Terminal and at other locations at New York City's Penn Station.