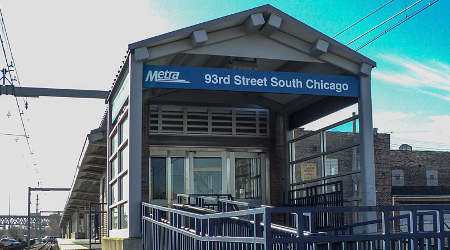 Metra next month will take its remaining cash-only ticket machines out of service at 15 stations on the Electric District line.

The commuter railroad is shutting down the machines beginning May 1 due to steady declines in ticket sales as more customers opt for credit card and mobile purchasing, Metra officials said in a press release.

Between 2012 and 2016, sales at cash vending machines on the Metra Electric District Line fell from 36 percent of overall ticket sales to 14 percent. Introduction of the Ventra app in late 2015 is the most significant contributor to the change in buying habits, Metra officials said.

The app currently accounts for about 20 percent of tickets purchased on the line.

"As our customers have embraced new technology available to purchase their tickets, we’ve continued to look for ways to use our limited resources as efficiently as possible," said Metra Executive Director and Chief Executive Officer Don Orseno.

Phasing out the cash machines is expected to save $534,000 annually. The machines are used only on the Metra Electric District Line.

Passengers still will be able to purchase tickets from credit vending machines, the Ventra app and ticket agents at the Millennium and Van Buren stations.