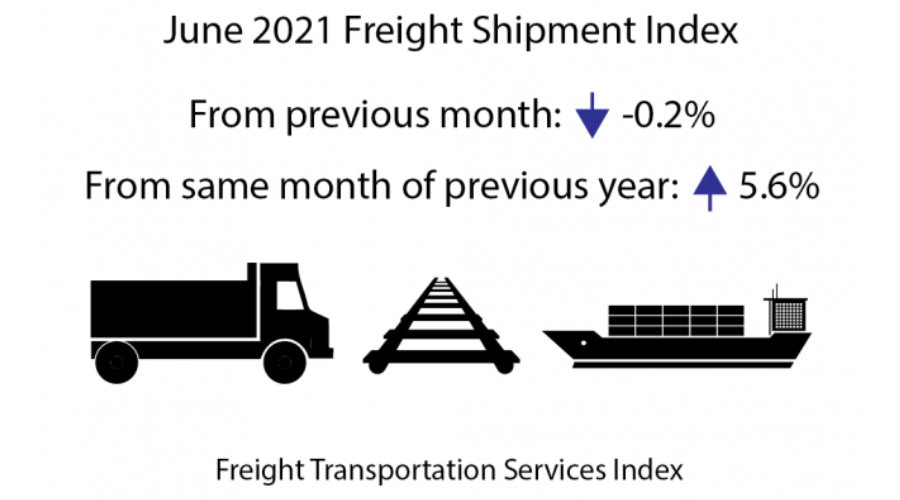 The index is based on the amount of goods carried by the for-hire freight transportation industry. On a year-over-year basis, the Freight TSI rose 5.6%.

June’s index decreased on a month-over-month basis due to seasonally-adjusted decreases in rail carloads, rail intermodal volume and trucking shipments despite growth in water, air freight and pipeline transportation, BTS officials said in a press release.

“The June decrease took place against a background of growth for other indicators from May to June,” they said.

BTS also announced its withholding the scheduled release of the Passenger and combined TSIs for June. The Passenger TSI is being withheld because of ongoing difficulty in estimating airline passenger travel and other components, BTS officials said.

However, the May passenger index has now been released, showing it increased 11.4% from April’s level. Rail, transit and air ridership all grew, BTS officials said.