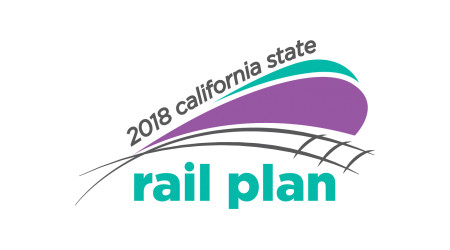 The California Department of Transportation (Caltrans) has published a draft of the California State Rail Plan, which will guide state priorities for investment in what state officials say will be a more coordinated, statewide travel system.

State transportation officials are accepting public comments on the plan through Dec. 11. Seven public workshops have been scheduled, with the first one starting tomorrow in San Luis Obispo, California.

Among its highlights, the plan calls for Caltrain's electrification and elimination of existing freight-rail bottlenecks by 2022; high-speed rail from the Central Valley to Silicon Valley; fully operational integrated ticketing and shared passenger and trade corridors by 2027; and high-speed rail service from Anaheim to San Francisco and  high-speed rail connections in Sacramento, Inland Empire and San Diego by 2040.

For passenger rail, investments will "open the door for travelers to glide past traffic on reliable trains and buses in dedicated lanes; transfer quickly and easily with timed transfers; and plan an entire, door-to-door trip, even on different trains, using a single ticket," according to a plan summary.

For freight rail, the plan would improve trade corridors, yards and terminals, as well as access for businesses; and enhance the competitiveness of California ports and intermodal transfer facilities.

"The plan will guide the state's priorities for rail investments that support California's economy for future generations," said Caltrans Director Malcolm Dougherty in a press release. "Public feedback is critical to ensure that the strategies developed reflect the diverse needs of all communities through the state."