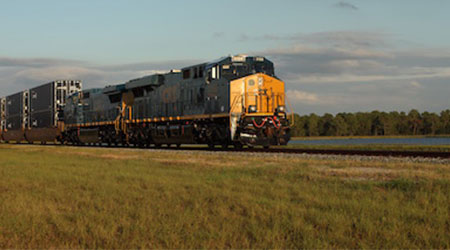 "Despite recent increases, in absolute terms, coal volumes are much lower than they were even a few years ago, and crude oil volumes are roughly half what they were a couple of years ago,” said AAR Senior Vice President of Policy and Economics John Gray in a press release. “On the other hand, this was the best March ever for carloads of crushed stone, sand and gravel, and it was the best March for grain since 2008."

Total North American volume for the week as reported by 13 U.S., Canadian and Mexican railroads reached 357,657 carloads, up 9.3 percent versus the same 2016 period.