Perspective: IoT and Transportation of the Future

In its recent series, Progressive Railroading described the Internet of Things (IoT) as a "world of opportunity for railroads." These articles provided an in-depth look at railroads' ongoing efforts to capture data and implement software-based train control systems, and I could not have agreed more with the magazine's overall assessment. 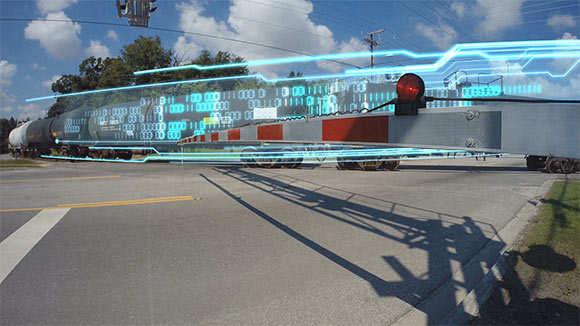 This is a much different railroad business than the one I encountered a generation ago, which is a perspective I'll share tomorrow at a New York-focused event called "The Future of Transportation," hosted by Bloomberg.

Growing up in Yonkers, N.Y., I can't remember ever thinking I'd go into the railroad business. But after a job as a research assistant in the New York State Senate showed me my future wasn't in politics, I went to work for a family-owned signaling and train control company on Long Island.

We sold signaling equipment to MTA Long Island Rail Road (LIRR), MTA Metro-North Railroad, and New Jersey Transit (NJT). I even remember working on the design of a two aspect dwarf signal. And back in the late 1980s and early 1990s, in particular, I remember that the most high-tech signaling equipment we offered was fixed, manual electromechanical relays.

Today though, railroads are entering into a significant and fast-changing technology period. At our Siemens plants in Marion and Louisville, Ky., and in Pittsburgh, our team is engineering and assembling extremely complex wireless systems that track a train's location and speed in real time. To complement these systems, last year we introduced RailFusion, a software solution that monitors and analyzes data points produced by both onboard and wayside assets.

Siemens is now working as an ongoing project with Metro-North and LIRR to implement positive train control, or PTC. We also worked with Metropolitan Transportation Authority (MTA) to install communications-based train control, or CBTC, on the subway’s Canarsie Line, the first such project in the United States.

CBTC has already been proven to work in other parts of the world. In many other cities where Siemens has installed CBTC, metros have increased capacity by 20 percent, and we are already seeing the same potential for improvement in New York. On the Canarsie Line, anywhere from 5 to 8 more trains have been running every hour since CBTC was introduced, and the systems survived Hurricane Sandy.

Now we are bringing CBTC to the Queens Boulevard Flushing line, and our hope is that we can continue to support MTA's vision to switch the entire system over to this technology. Still, I must caution: MTA has a very good plan in place, but the plan will move slow if its current budget doesn't budge. At current budget levels, it has been estimated that it will take another 50 years before the entire system is converted over.

Part of the reason for this, I think, is that discussions about our country's transportation challenges have had a tendency to focus on problems we can see. The tendency has been to focus on replacing what needs to be replaced, or finding those few opportunities left to add a lane or another track.

There are critical tunnel and rail expansion projects on the horizon in the New York region, too. But even these larger infrastructure improvements – as important as they are – won't erase the train delays, overcrowded platforms, and daily congestion battles. These alone won't create the new capacity that is needed.

What we really have to do is build infrastructure that's smarter: infrastructure made not only of concrete and steel, but the software that's already changing how we plan a trip, catch a cab, or find out when the next bus or train is coming.

The train control systems online now are not only safety critical; in the New York region, especially, they'll be one of the biggest assets we have to safely and reliably serve an already-growing rail ridership and up to two million more riders in the next generation.

Since the use of PTC was mandated by the U.S. Congress, much of the conversation has been focused on how such a massive undertaking will be implemented. The scope of the effort is indeed unprecedented.

At the same time, when the PTC rule was passed, it was merely a year after Steve Jobs introduced the iPhone, and with it, powerful software that has transformed our consumer lives and is increasingly finding its way into industry and transportation. Thus, even though some train control systems were mandated by Congress, more and more it appears that the even larger force to be reckoned with will be trying to keep up with and benefit from a world transformed by IoT.

Consider that, as railroads integrate these new systems, Siemens is ready to start testing software that enables vehicles to communicate with surrounding infrastructure such as stoplights and highway-rail grade crossings. This could help proactively prevent one of the leading causes of rail accidents.

Meanwhile, companies such as Google are moving us ever-closer to something that used to be relegated to science fiction: cars that drive themselves. Both autonomous cars and connected vehicles are hot right now, yet the goal of the technology behind them – vehicles that can process data and communicate with surrounding infrastructure – runs parallel to what we're trying to do in railroading.

Smart locomotives, and computers on rails, are not only just as exciting as driverless cars – they represent the future of the industry. As CN Vice President and Chief Information Officer Serge Leduc said, ultimately, harnessing IOT will help railroads "see patterns and leverage information to help make better business decisions."

Electromechanical relays hardly offered as much potential. So as proud as I was to design signals for New York’s railroads and see them in use for many years, I am looking forward even more to the day when they aren’t needed at all.

Kevin Riddett is the president of Siemens Mobility business in North America, responsible for the company’s work across a wide spectrum of transportation solutions including rail manufacturing, automation, electrification, intelligent traffic systems , and service. He has an extensive background in the transportation industry, working for leading signaling and rail automation companies as head of Ansaldo Signaling in the US and Global CEO of Invensys before joining Siemens in 2012.