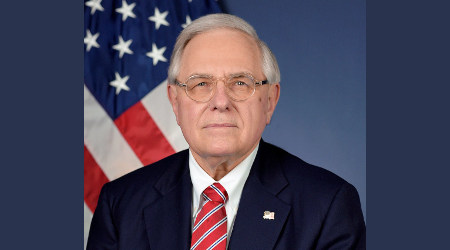 The Federal Railroad Administration (FRA) yesterday issued a notice of funding opportunity for $250 million in grants to help fund the deployment of positive train control technology on freight, intercity passenger and commuter railroads.

Eligible projects for the grants include back-office systems; wayside, communications and onboard hardware equipment; software; equipment installation; spectrum; any component, testing and training for the implementation of PTC systems; and interoperability, according to an FRA press release.

Applications are due no later than 45 days after the notice is published in the Federal Register.

"The railroads are making progress towards meeting the congressionally mandated PTC requirement, but there is still work to be done," said FRA Administrator Ronald Batory. "The FRA will continue to work with railroads and suppliers to assist in fully implementing PTC."

The federal deadline for PTC implementation is Dec. 31. Some railroads may apply for a two-year extension under certain circumstances.

However, passenger railroads have made less progress, with PTC systems in operation on only 25 percent of required route miles. That's up only 1 percent from the previous quarter, FRA officials said.