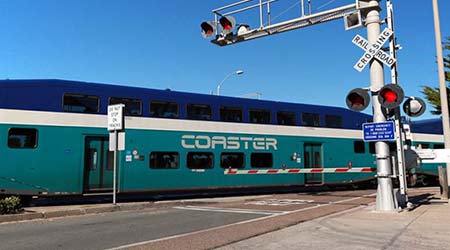 As of Dec. 31, commuter railroads had installed all PTC hardware (wayside and onboard equipment); acquired all necessary radio spectrum; completed all employee training;  initiated PTC testing in at least one territory; and submitted a revised plan and alternative schedule to the Federal Railroad Administration (FRA), APTA officials said in a press release.

"Installing and implementing PTC is an unparalleled technical challenge in scale, complexity and time required. The commuter railroad industry has made extraordinary efforts to meet the 2018 deadline and will continue their focus and hard work to complete full implementation before or by December 2020," said APTA President and Chief Executive Officer Paul Skoutelas.

Over the next two years, one of the biggest challenges facing commuter railroads to implement PTC — which is estimated to cost them more than $4 billion — is interoperability, APTA officials said. Commuter-rail systems will need to ensure their systems work seamlessly for both host and tenant operators, they said.

The North County Transit District (NCTD) already has fully adopted PTC. The agency announced it implemented the technology by 2018’s end along the 58.5 miles of track it controls within the San Diego County portion of the Los Angeles-San Diego-San Luis Obispo (LOSSAN) rail corridor.

NCTD is one of only four commuter railroads that completed PTC implementation by the federally mandated deadline.

On Sept. 21, 2018, the FRA provided conditional approval of NCTD's PTC safety plan and conditionally certified its system, which was developed by Herzog Technologies Inc. Those moves enabled the agency to begin interoperability testing with Metrolink, Amtrak, BNSF Railway Co. and Pacific Sun Railroad, NCTD officials said in a press release.

On Dec. 27, NCTD notified the FRA it had achieved full implementation based on its completion of testing to demonstrate interoperability between its system and all passenger and freight trains operating within the San Diego portion of the LOSSAN corridor.