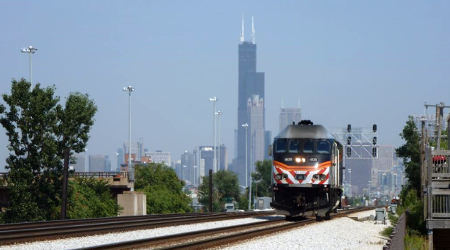 Although many passenger railroads are close to completing equipment installation of positive train control (PTC) systems, less progress has been made on testing those systems, the U.S. Government Accountability Office (GAO) announced earlier this week in its latest PTC report.

Of the 28 commuter railroads required to implement PTC, 19 have initiated field testing. Only eight have started revenue-service demonstration, the GAO reported.

In comparison, two-thirds of passenger railroads are more than 90 percent complete with equipment installation.

Field testing involves several tests of individual components, such as of each locomotive to verify if it meets functional requirements and field-integration. Revenue service demonstrations, on the other hand, are an advanced form of field testing in which a railroad operates PTC-equipped trains in regular service under specific conditions, according to the GAO report.

To receive an extension, railroads are required to meet six statutory criteria, including initiating a revenue service demonstration on at least one track segment. However, the latter requirement can be substituted with other criteria approved by the Federal Railroad Administration (FRA).

As of Sept. 21, only one passenger railroad — the Massachusetts Bay Transportation Authority — has filed for a PTC extension.

"FRA has acknowledged concerns about the pending surge of submissions and agency officials said they have taken recent steps to help manage the forthcoming influx of documentation, such as reallocating resources," according to the report.