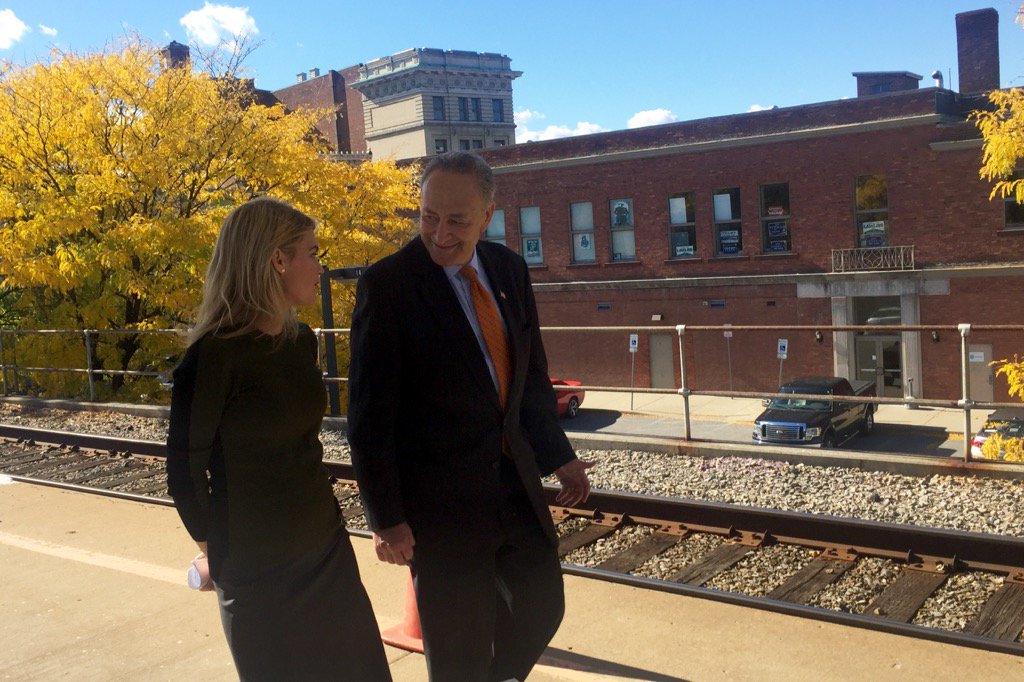 U.S. Sen. Chuck Schumer (D-N.Y.) made a pitch this week for a $33 million federal grant that would help fund a positive train control (PTC) system on a 94-mile stretch of track that includes the northern section of Amtrak's Rensselaer-to-New York City route.

The senator wants the grant to help pay for PTC installation on the track, which New York State leases from CSX between Poughkeepsie and Amsterdam.

"Once put into action, PTC can help prevent fatal crashes and derailments — and so it's of the utmost importance that all of our rail lines have this life-saving technology installed as soon as possible," said Schumer in a press release.

Schumer was among lawmakers that pushed for the creation of the PTC Implementation Funding Program as part of last year's FAST Act.

Under the federal Rail Safety Improvement Act of 2008, Congress required PTC to be installed on many of the nation's tracks, including the Amtrak Empire Corridor's Hudson Line. That line runs from New York City through the Hudson Valley into the state's Capital Region, where it turns west and proceeds to Buffalo and beyond. MTA Metro-North Railroad, which operates the New York City to Poughkeepsie section, has its own PTC implementation plan.

In addition, CSX, which operates the track from Amsterdam to western New York, has plans to implement PTC for that track section. However, the state is responsible for PTC implementation on the portion from Poughkeepsie to the area between Schenectady and Amsterdam, according to Schumer.

Schumer noted that PTC installation on that section of track is even more critical considering it's a federally designated high-speed rail corridor.