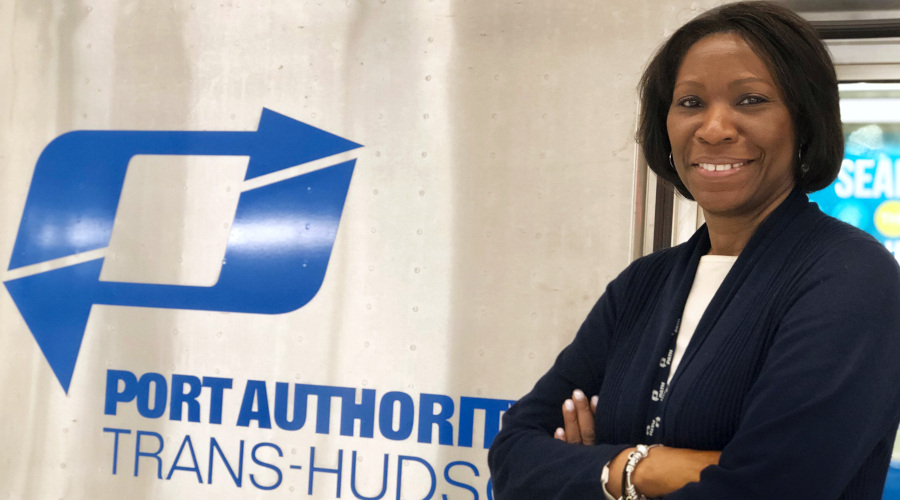 Clarelle DeGraffe, who was appointed Port Authority Trans-Hudson Corp.’s (PATH) general manager and director of rail transit earlier this year, is leading the charge to take the 111-year-old rail system into the 21st century.

DeGraffe succeeded Mike Marino, who retired in April after a 45-year rail career, and effectively become the first woman to hold PATH’s top spot. Through the transition, DeGraffe oversaw the completion of positive train control (PTC) alongside Marino, marking the first step in modernizing the aging system.

She also helped develop a $1 billion rail improvement plan that she will now lead. Released in June, the plan promises to expand rail capacity, reduce system delays and enhance the customer service experience for riders by 2022.

One of the first matters of business for DeGraffe and her team is to expand rail capacity to accommodate growing ridership.

PATH averages between 150,000 to 200,000 riders a day on its rail system, which transports passengers from northeastern New Jersey to Manhattan in New York City. The rapid growth of residential areas around the agency’s three largest stations in Jersey City, Harrison and Newark, New Jersey, is drawing more riders than ever before, DeGraffe says.

To address this, PATH will add 72 new rail cars from Kawasaki Rail Car Inc. beginning in 2021, with the final car to be delivered in 2022.

The authority also will allocate $80 million for station modifications to enable nine-car train service at all hubs on the Newark-World Trade Center (WTC) Line, including stations at Newark, Harrison — which is currently under construction — Journal Square and Grove Street.

Grove Street will require the most work to accommodate a new nine-car platform, with crews tasked with demolishing about 50 feet of walls.

Beyond adding capacity to PATH’s system, DeGraffe and her team are aiming to improve service reliability throughout by determining the root cause of the system’s train delays. To do this, PATH has been analyzing performance data from 2017 and 2018, and found several common causes of delays, including signal delays, infrastructure constraints and trespassing. Other factors were identified, as well, such as sick passengers or unattended bags that require emergency response. The team then categorized delays as controllable or uncontrollable.

When the PATH team came across an uncontrollable delay, they worked to find the elements of the delays that could be controlled, DeGraffe said. For example, they created strategies to more quickly respond to emergencies, or adapted their maintenance practices.

“We started from a platform of analyzed data to be able to understand where we needed to put our effort and investment,” DeGraffe said.

With CBTC enabled, the railroad was able to decrease headways during peak periods by a minute and run more trains to help with capacity issues, DeGraffe says.

With the investment, PATH established its PTC system and became one of the first railroads to meet the federal mandate in the Northeast. By 2022, PATH expects to replace any temporary equipment it installed in order to meet the federal PTC deadline and replace it with permanent equipment.

By December 2021, passenger capacity will increase by 40 percent on the WTC Line and by 20 percent on all other lines, and there will be a marked decrease in service delays, DeGraffe says.

Finally, PATH’s plan calls for a revised customer service model that will improve communication with riders.

To do so, the authority recently selected a new hire, to be named in January, to lead the customer communications and experience department. The newly created assistant director role will be PATH’s first executive-level position dedicated to customer service.