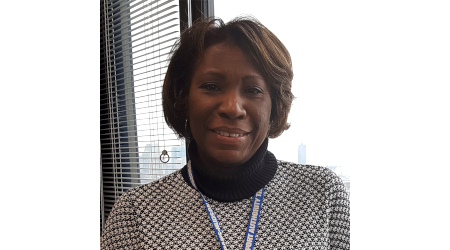 DeGraffe has served as deputy director of PATH since 2015 and has 29 years of experience working with the PANYNJ.

In her new role, DeGraffe will be oversee the PATH’s capital program, including an ongoing project to replace equipment and rebuild tunnels damaged during Superstorm Sandy, and the completion of the remaining phases of modernizing the signal system.

Marino will assist DeGraffe during the transition period before retiring early next month. Marino was originally scheduled to retire in January but postponed the date to assure continuity and oversight of PATH’s positive train control implementation, PANYNJ officials said in a press release.

“We are thrilled that [DeGraffe] has agreed to accept this role of leading PATH forward,” said PANYNJ Chairman Kevin O’Toole. “She has been a dynamic presence both at PATH and throughout the port authority for decades, always embracing new challenges with poise and alacrity.  While we are losing a true veteran of the railroad in Mike Marino, who will be missed, we are gaining a great leader in Clarelle.”