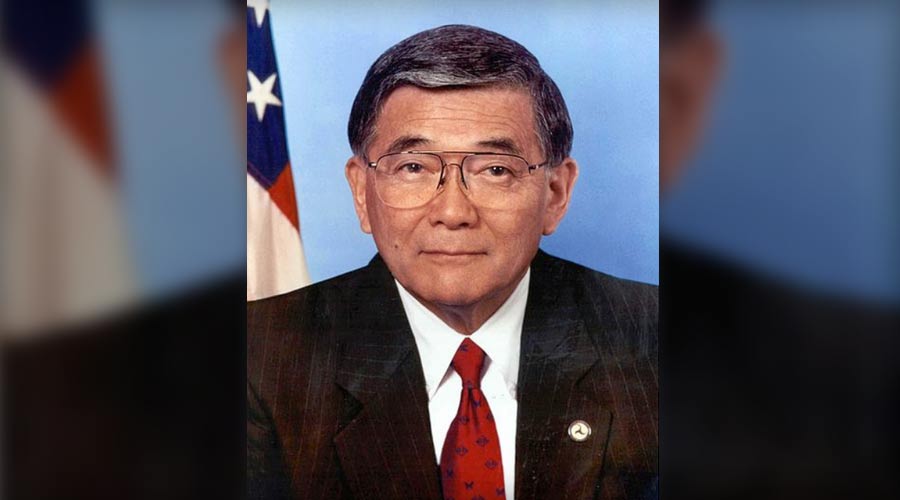 "MTI is proud to continue his legacy of improving our nation’s transportation systems and educating the transportation workforce of the future," MTI officials said in a press release.

Mineta was a 10-term Democratic congressman from California before he served as a cabinet official under Presidents Bill Clinton and George W. Bush.

A first-generation Japanese-American born and raised in San Jose, California, Mineta rose through the political ranks starting in the 1960s. He became mayor of San Jose in 1971 before serving in Congress.

U.S. Rep. Peter DeFazio (D-Ore.), who chairs the House Committee on Transportation and Infrastructure (T&I), described Mineta as a mentor. Mineta served on the transportation committee during his entire tenure in Congress.

Said U.S. Rep. Sam Graves (R-Mo.), the T&I Committee's ranking member: "As the longest-serving secretary of transportation and first Asian-American cabinet member in U.S. history, Norm Mineta was a giant in American history and looms large as an example of leadership, patriotism, and bipartisanship."

Several transportation industry officials offered their thoughts on Mineta's legacy. Following is a sample of some of those statements.

"Secretary Mineta was a champion for transportation and understood its impact on the quality of life of our communities and its ability to enable economic growth. His guidance in the aftermath of the 9/11 terrorist attacks — both immediately and in long-term response — is just one example of his strong and consistent leadership in a time of great need." — Jim Tymon, executive director of the American Association of State Highway and Transportation Officials.

"Secretary Mineta was a rare commodity in today's divisive, politically charged environment. He was the essence of civility and integrity; a true leader." — Chris Spear, president and CEO of the American Trucking Associations.