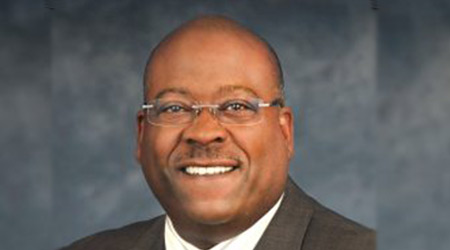 The Texas A&M University System Board of Regents has appointed Gregory Winfree, former assistant secretary of the U.S. Department of Transportation (USDOT), to serve as agency director for the Texas A&M Transportation Institute (TTI).

Winfree, who until recently served as assistant secretary in the USDOT's Office of the Assistant Secretary for Research and Technology, will begin his new role Dec. 15. He succeeds Dennis Christiansen, who stepped down after 10 years as TTI agency director and 45 years of service at TTI.

"We are fortunate to attract such an innovative leader to head up our excellent team at TTI," he added.

Winfree joined the USDOT research and technology office in March 2010 as chief counsel, and later became assistant secretary in January 2014. During his tenure, he also served as deputy administrator and administrator of a predecessor agency, the Research and Innovative Technology Administration.

As assistant secretary, he was the senior executive responsible for a $450 million budget and oversaw more than 1,000 scientific, data analysis and administrative staff members who support USDOT's multimodal transportation initiatives.

"I am delighted to join TTI — the preeminent university transportation research institute nationwide — to help identify solutions and opportunities to address our transportation challenges and keep Texas and America moving forward," said Winfree.