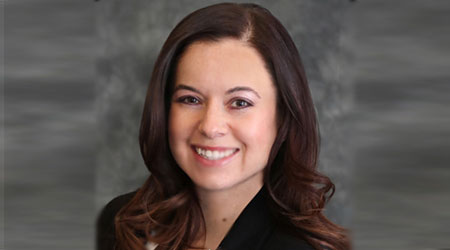 Gonzales has served TTCI for the past 16 years, most recently as assistant VP of business services. She began her career there as an engineer in 2002, and was involved in developing testing wayside detector systems and finite element modeling of railroad castings.

In 2012, Gonzales was selected as an inaugural candidate for TTCI's railroad exchange program, through which she spent a year at BNSF Railway Co.'s headquarters in Fort Worth, Texas, as part of the condition-based maintenance team. She returned to TTCI and served as the committee manager for the Association of American Railroads' equipment engineering committee, and managed TTCI's internal research and development program.

After earning an MBA, Gonzales transitioned in 2016 to TTCI's business office, where she was promoted to AVP of business services last year.

"I have been privileged to watch Kari's career from the time she was an intern until now," said TTCI President Lisa Stabler in a press release. "She is a logical thinker with great analytical skills that will serve her well in this new position."

In 2014, Progressive Railroading honored Gonzales as a "Rising Star," a recognition given to individuals under the age of 40 who have made a positive impact on railroading.