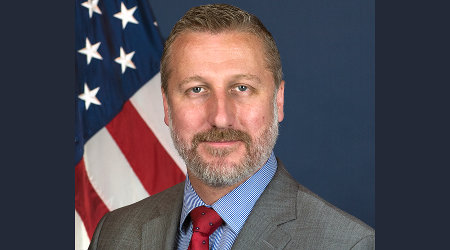 Sturges previously served as majority staff director of the U.S. House of Representatives' Committee on Transportation and Infrastructure (T&I), where he directed legislative oversight and authorization efforts related to all modes of transportation.

He also worked as deputy director of government affairs for the Republican National Committee, as well as director of coalitions for the House Republican Conference led by U.S. Rep. Deborah Pryce (R-Ohio).

As deputy administrator, Sturges will be a key member of the FRA's senior executive management team tasked with leading safety regulatory activities, federal investments in freight and passenger rail, and legislative initiatives to advance the Trump administration's priorities.

Sturges "brings a wealth of Capitol Hill experience to FRA that will be an asset when dealing with some of the agency's most pressing policy issues," said FRA Administrator Ronald Batory.