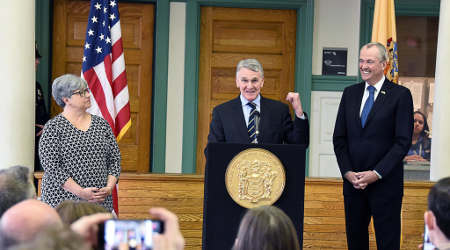 The governor asked the agency's board to take up the nomination at its Feb. 14 meeting. If approved by the board, Corbett would succeed Steven Santoro, who earlier this month announced plans to resign.

"We can no longer continue to accept the dismal business as usual at an agency that so many commuters throughout New Jersey depend on," Murphy said in a press release. "I am confident that Kevin's leadership can help turn NJ Transit into a transportation system that our commuters value and trust."

Last week, Murphy ordered an audit of NJ Transit to identify inefficiencies and areas for improvement. As executive director, Corbett will be expected to implement the audit's recommendations and overhaul the agency's finances, leadership, customer experience and safety practices.