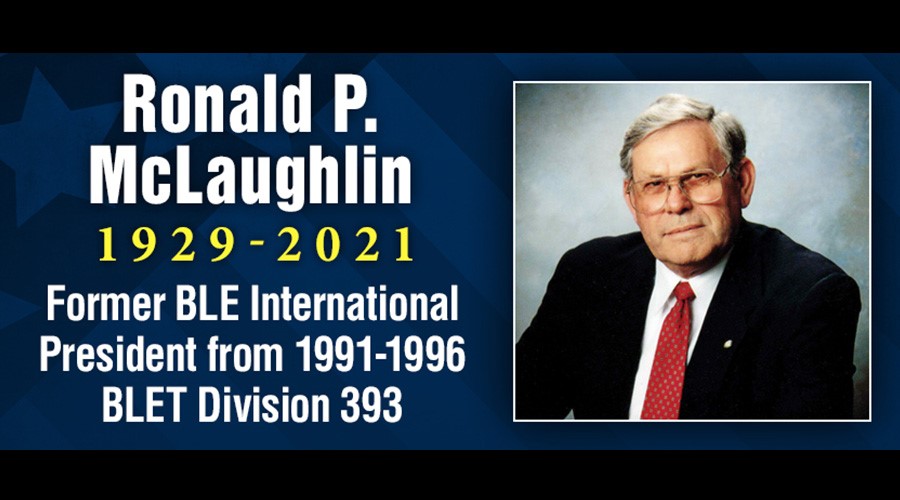 Ronald McLaughlin, former international president of the Brotherhood of Locomotive Engineers and Trainmen (BLET), died Nov. 12. He was 92.

McLaughlin served as international president from 1991 to 1996, when the union was then the Brotherhood of Locomotive Engineers (BLE). He was a member of the union for 71 years, first joining in 1950, according to a BLET press release.

McLaughlin began his railroading career as a fireman on the Chicago, Milwaukee, St. Paul and Pacific Railroad (Milwaukee Road) in 1948 after serving in the U.S. Marine Corps for two years. He became a locomotive engineer in 1952.

During his five-year term as international president, McLaughlin testified before Congress multiple times advocating for improved railroad safety laws and met with officials in the White House, including President Bill Clinton. McLaughlin also led one round of national contract negotiations in his final year in office, after which he retired following contract ratification.

In his personal life, McLaughlin played semi-professional baseball and even received offers to play from the New York Yankees and Boston Red Sox. He also loved to play golf.

McLaughlin is survived by his wife Barbara, three children, a sister, grandchildren and great-grandchildren.