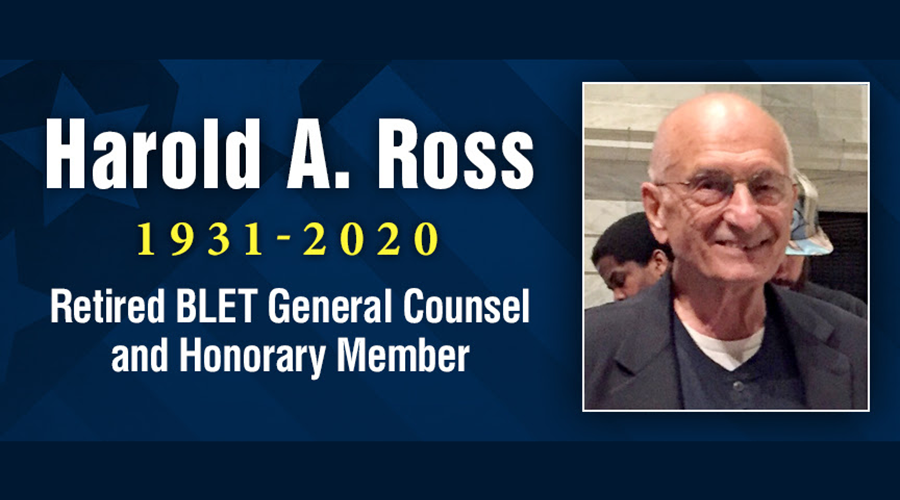 Harold Ross, former general counsel of the Brotherhood of Locomotive Engineers and Trainmen (BLET), died Nov. 26. He was 89.

Ross served as the union's general counsel from 1967 to 2011. Ross was regarded as one of the foremost authorities on the Railway Labor Act, BLET officials said in a press release.

In 2004, Ross was named an honorary member of BLET, a rare honor bestowed on fewer than 20 people in the union's 157-year history, BLET officials said.

After serving in the U.S. Army at Fort Polk in Louisiana, Ross joined BLET to conduct legal work for the union in 1958.

"Harold has had a profoundly positive and lasting impact on our Brotherhood," Pierce said. "I extend our deepest condolences to his family during this difficult time."

Ross is survived by three children. His son, Greg Ross, is the BLET National Division's director of communications, director of legal affairs and assistant to the office administrator.