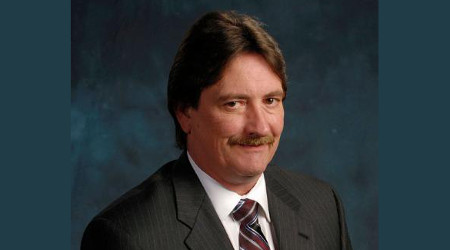 The Intermodal Association of North America (IANA) will present the 2017 Silver Kingpin Award to Robert Huffman at this year's Intermodal EXPO in California next month.

The Silver Kingpin recognizes an individual's long-term contributions to intermodalism. Huffman will be honored for a 41-year career that began in 1972 at Conrail and ended at Norfolk Southern Railway in 2013, when he retired as vice president of intermodal.

The award will be presented at the EXPO in Long Beach during IANA's opening general session on Sept. 18.

Huffman's career reflects his contributions to improving productivity and reliability, as well as designing new and improved intermodal products for railroads. In addition to his work for the industry, Huffman will be recognized for mentoring countless young people, IANA officials said in a press release.

He also has contributed to the industry by serving IANA, including six years on its board. He has worked on the Finance, Policy and Strategic Planning committees, as well as the Intermodal Interchange Executive Committee.

"Bob's career has been spent advancing the intermodal industry," said IANA President and Chief Executive Officer Joni Casey. "His accomplishments in moving the community forward by increasing rail freight capacity, reducing equipment errors, and guiding the next generation of intermodal leaders are all representative of a career and an individual to be admired and honored with this award."

Huffman began his life's work as a block operator at Conrail, where he moved up to trainmaster and then to terminal superintendent of the railroad's Conway Yard in Pennsylvania. In 1999, he joined NS, where within a year he was promoted to vice president of intermodal, the position he held until his retirement.