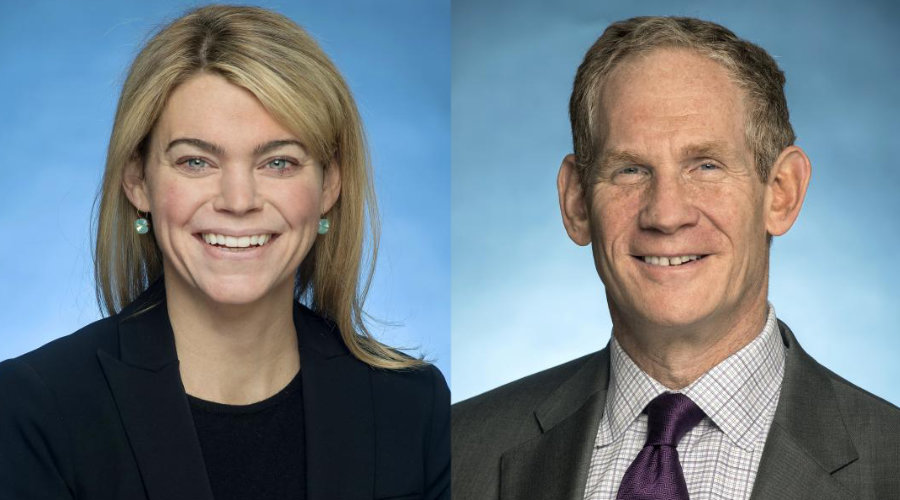 If her nomination is approved by the New York State Senate, Feinberg would become the first woman to serve the authority as chair and would assume the post after leading MTA New York City Transit (NYCT) through the pandemic. Feinberg has served as NYCT's interim president since March 2020.

"I am thrilled to be stepping into a position that allows me to continue to play a significant role in how our subway and bus systems operate, but to also have even more of an impact in shaping the future of the agency, and of transportation in this city and region," Feinberg said in a press release.

Lieber will begin serving as MTA's CEO on July 30. He shaped the MTA's $51.5 billion capital plan and drive construction efforts during the COVID-19 crisis as president of MTA Construction and Development. Lieber also helped spearhead the agency's successful efforts to secure $14 billion from the federal government in the face of the pandemic-induced financial crisis.

"Sarah, Janno and Pat are not only fiercely dedicated public servants, but proven leaders who kept the metropolitan region's transportation network operating efficiently through the worst public health crisis in a generation, and thanks to their tireless efforts, our essential workers were able to get to their destinations and help save lives," Cuomo said in a press release. "Moreover, they oversaw and pushed through historic change and construction progress across the MTA, giving the system the upgrades that will better serve riders for generations."